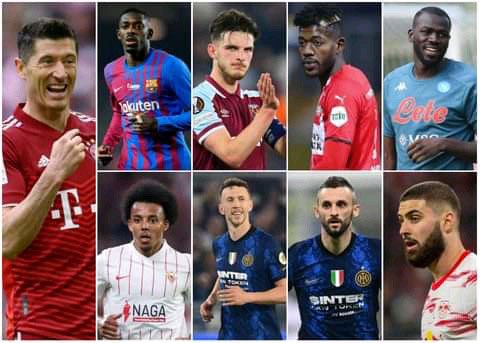 Following the takeover of new ownership at Stamford Bridge by the Todd Boehly led consortium, Chelsea could now be focused on making their first signing under the new era as soon as possible.

Chelsea are reported to have been linked with a lot of top players this summer, as Chelsea manager Thomas Tuchel could be overseeing the rebuilding of the squad this summer, with several players expected to leave the club this summer.

Declan Rice, Jules Kounde, Ousmane Dembele, Ivan Perisic, Robert Lewandoski, Christopher Nkunku, Josko Gvardiol and few more others are players that have been linked with a move to Chelsea this summer.

So in this article, we will be writing on the player that should becoming the first signing under the Chelsea’s new era.

Jules Kounde is not a new name among the Chelsea fans and the club, as he was close to making a move to Chelsea last summer, before the deal collapsed in the late hours of the transfer window.

Chelsea have never taken their eyes of the Sevilla defender since last summer, as they have monitored his progress all through the season, helping Sevilla to keep the best defensive record in the 2021/22 La Liga football campaign.

It finally looks like Chelsea would be getting their man this summer, as reports claims that Chelsea are closer to agreeing a transfer fee with Sevilla for the 23 years old, it is believed that the defender is also interested in the move to Stamford Bridge this summer.

The transfer fee that is being negotiated for Jules Kounde is believed to be between £50 million and £60 million, and several other bonuses could be included in the deal, so as to make the negotiation process fast, and probably make him the first signing for the club under the new era of Todd Boehly.

Chelsea would not like to waste further time in the transfer market to get their targets, as they were stalled by the sanction that was placed on the club, not to do transfer business until the club’s ownership saga was settled.

With the Chelsea takeover deal set to be announced in a matter of hours, Jules Kounde could be the very first signing that could follow to the club to startup the new era.