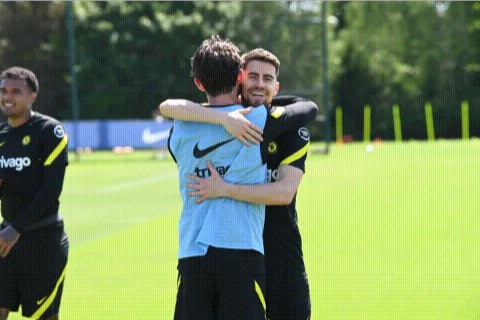 Chelsea has been without left back, Ben Chilwell due to a cruciate ligament injury. Meanwhile, Chelsea has received a good news as the left back, who sustained the cruciate ligament injury back in November, 2021 is back on grass after training with some Chelsea youth teams for couple of weeks ago. Chelsea, who reported this on Tuesday, said the 25-year old was welcomed by their men’s squad on Tuesday morning at Cobham.

Chelsea’s penalty taker, Jorginho seems to be the happiest person to see the England international return to senior training as he had pictures with the ex-leicester city player.

Ben Chilwell had scored 3 goals in three consecutive matches in October, before picking up the cruciate ligament injury in November’s Champions League win over Juventus at Stamford bridge. Left back, Marcos Alonso has been featuring in his absent. 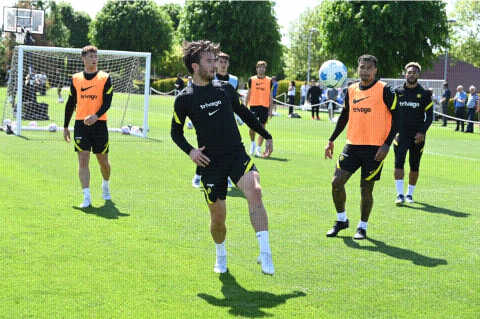 Chelsea have two Premier League matches remaining (Leicester city and Watford), will Chelsea manager, Thomas Tuchel give the England international some minutes on the pitch?.