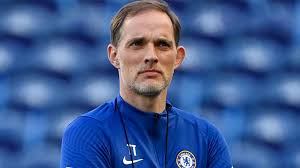 Chelsea claimed a 2-0 victory over Crystal Palace in the semifinals of the FA Cup at Wembley Stadium on Sunday evening. The Blues are through to finals and will face English Premier League rivals Liverpool.

Chelsea dominated the game with academy graduates Ruben Loftus-Cheek and Mason Mount scoring the goals that put the Blues in the final. After the game, Chelsea boss Thomas Tuchelreacted to his team’s victory and also spoke about their clash with Liverpool in the final.

Chelsea boss Thomas Tuchel, speaking to ITV Sport: “It was not easy because we played three games in three different competitions. It is not always easy, very challenging physically, we are the team with the most minutes in Europe I think, it is also challenging mentally. I thought the performance was very controlled and very serious, we took care of their counterattacks. It was hard, the opponent changed system twice, you cannot lose focus for a minute. “He [Ruben Loftus-Cheek] was very, very strong in matches against Southampton and Real Madrid, he would have deserved to start but we expected a back four. We knew Ruben would have a big impact off the bench. I am very happy. He hid his talent and potential for a long time in his career. He is capable of producing performances that everyone sees on the pitch. For him it is step by step that he continues to grow in his confidence.” On facing Liverpool in FA Cup final: “I am happy to be part of it again, I cannot be more excited and more proud because it is a huge competition. We will be ready.”

Like Loading...
Related Topics:FA Cup: Tuchel Reacts To Chelsea's 2-0 Win Over PalaceSpeaks On Facing Liverpool In The Final