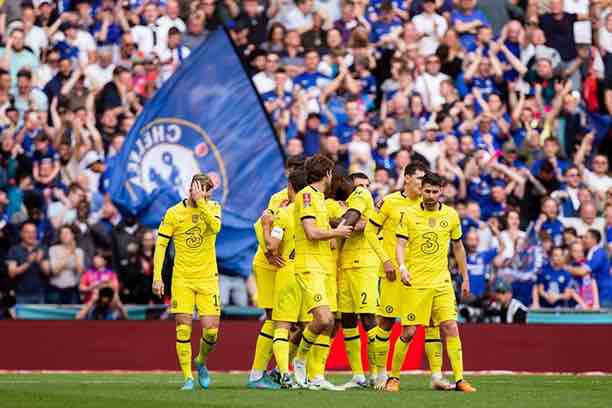 Chelsea Fc booked their passage into the final of the prestigious Fa cup competition after a comfortable 2:0 win over Crystal Palace at Wembley.

Goals from two of Chelsea’s academy graduates in the persons of Ruben Loftus-Cheek and Mason Mount were enough to secure back to back fa cup final bookings under Tuchel.

Although the Blues had a very slow start to the game at Wembley with a couple of players not hitting top gear in the first half, and even lost key midfielder Mateo Kovacic to injury.

However Chelsea were able to turn things around in the second half, with some key players stepping up to the event. I will thus be having a look at three players who impressed the most for the Blues. The Chelsea star, had yet another impressive performance for the European champions against Crystal Palace at Wembley. Loftus-Cheek came on for injured Kovacic in the first half, and went on to score Chelsea’s first goal of the game, as well as his first for the Blues in four years.

The English midfielder had an outstanding game by numbers and produced a 100% tackle success rate, 100% take-ons, 100% shot accuracy & long balls and not forgetting 83% pass accuracy. The Chelsea midfielder continued his fine form in recent games, scoring his fourth goal in three appearances for the Blues. Mount grabbed Chelsea’s second goal of the night, after linking up well with Timo Werner, and produced nice and composed finish. Despite not scoring on the night, the German produced a man of the match performance,as he was outstanding through out the game.

His pace was instrumental for Chelsea who operated a high line tactics against Crystal Palace at Wembley. Werner provided as assist for Mount to score Chelsea’s second goal, and should have gotten a second had Romelu Lukaku not wasted his lovely pass late into the second half.

Other Chelsea players who did put in a decent performance includes Reece James, Edouard Mendy, and not forgetting Rudiger.

The Blues will now face Liverpool in the final for the second time at Wembley this season, after both teams met in February.