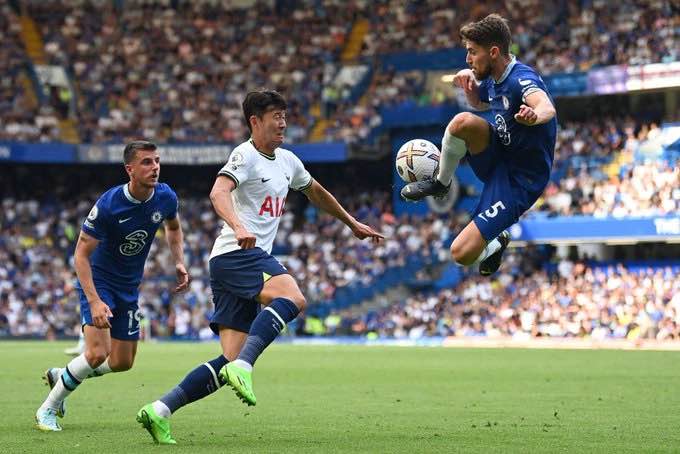 Chelsea failed to secure all three points in their second game of the season as they played out a 2-2 draw against London rivals Tottenham Hotspur at Stamford Bridge on Sunday evening. Goals from Kalidou Koulibaly and Reece James were not enough to secure the win for Chelsea as England striker Harry Kane scored a late goal to end the game in a draw. Here are the three best players in Chelsea’s draw against Tottenham.

The Italian midfielder had one of his best performance for in the Chelsea shirt today as he controlled the midfield alongside N’golo Kante with the French midfielder later being withdrawn from the game due to injury. The summer signing from Brighton had a good game in his first start for the Blues. He assisted the first goal scored by Koulibaly from the corner. He was also instrumental in Chelsea’s attack all through the game and had a few chances he could have scored but Tottenham defenders blocked it. The Senegalese defender had a dream home debut as he scored his first goal in the Chelsea shirt against their London rivals. The former Napoli defender scored the first goal of the game and was also a beast in defence alongside Thiago Silva.