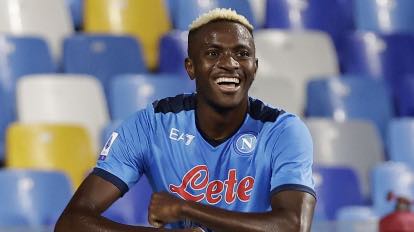 According to CalcioMercato, Juventus could consider selling De Ligt this summer, with the player’s contract in Turin set to expire in the summer of 2024.

The Old Lady are said to believe they can still pick up a premium fee for the Dutch centre-back if they do cash in this summer rather than wait for him to run his contract down further.

Arsenal manager, Mikel Arteta has been keen to recruit a new striker this January transfer window with uncertainty looming over forward Pierre-Emerick Aubameyang’s future at Emirates.

The Gunners may be willing to splash the cash in their pursuit of Osimhen, although Napoli wants £58m for the Nigerian international.

With Vlahovic on the transfer market, Arsenal were said to be willing to pay the hefty £62m asking price for the Serbian, although he has now agreed to terms to join Juventus.