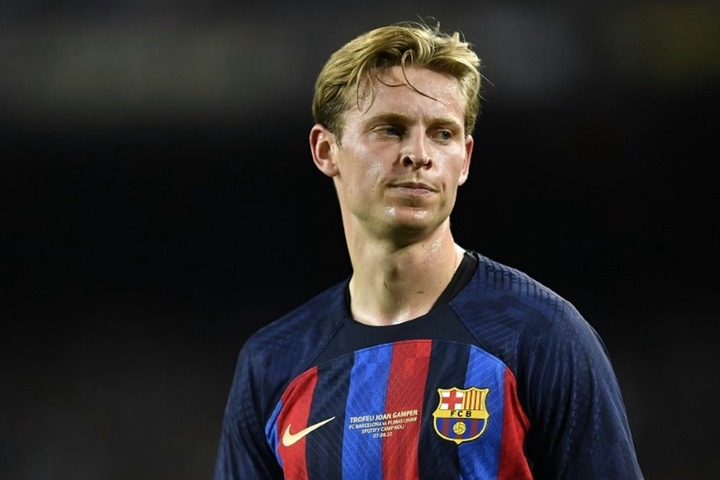 According to reports, Dutchman Frankie de Jong has accepted the truth that he will depart Camp Nou this summer. He may not want to leave, but according to ‘Sport,’ he has told some of his teammates that he may end up going to Manchester United at the end of the transfer window. Chelsea would be excluded as a result.

They are getting ready to welcome Frenkie de Jong in Manchester. Man Utd is preparing a final offensive for the next week, and Ten Hag has worked hard to sign him. He may be spending his last few weeks in Barcelona.

The midfielder made it obvious right on that staying on the team at Barcelona was his top aim. However, he would have had to agree to a 50% pay cut, which he has previously declined to do.

According to “Sport,” De Jong will remain at Man Utd. The player told several of the Barca players that as a matter of fact.

The Catalan newspaper claims that De Jong has secretly disclosed to others that he is considering the possibility of moving to Manchester United. If the procedure is successful, it will be finished at the end of the month.

The midfielder is quite upset with how Barcelona is handling his future. He is postponing his departure as much as possible because, according to “Sport,” he is unaware of the pressure he is under.