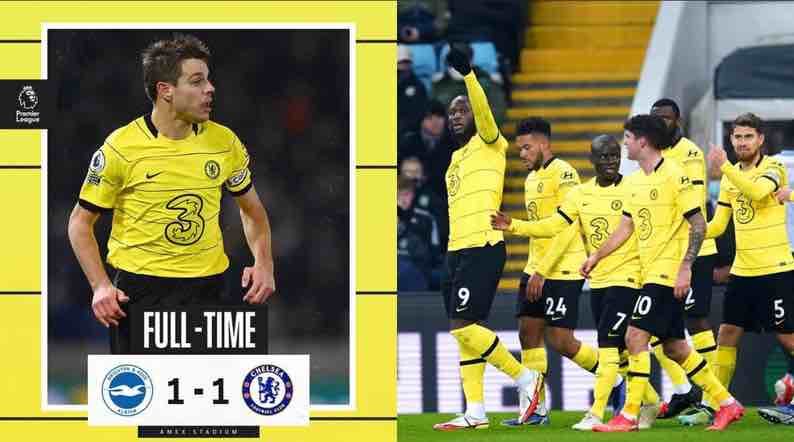 Brighton effectively destroyed Chelsea’s title hopes on Tuesday night at the Amex Stadium, forcing the Blues to a second 1-1 draw in as many weeks.

Despite a sloppy first half in which they were consistently second best, Chelsea lead at halftime.
Brighton got off to a fast start, as Jakub Moder’s low shot went just past Kepa Arrizabalaga’s far post after only three minutes.
The keeper’s wrists, experienced some ill-timed floppiness long before the half-hour mark, with Hakim Ziyech’s crisp drive beat him at his near post, giving Chelsea the lead against the flow of play. 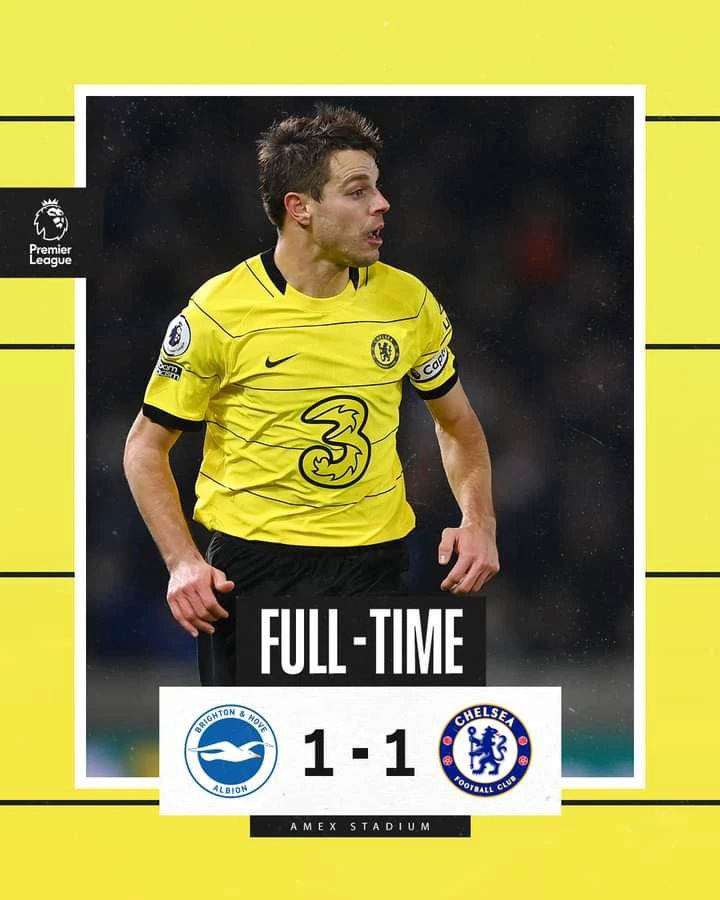 The visitors just about got their feet after being played in by Lukaku and should have extended their lead on the stroke of half-time, but Callum Hudson-Odoi lacked control and blasted his shot over.
On the hour mark, Brighton were rightfully level. Kepa heroically swiped away Alexis Mac Allister’s deflected shot, but Adam Webster met the resultant corner unmarked and delivered a bullet header into the back of the net.
Chelsea’s Marcos Alonso fired a long-range drive barely over the bar in an attempt to reclaim the lead, but Brighton remained in command. Neal Maupay, a substitute, missed three great half-chances for the winner, including misjudging Tariq Lamptey’s pull-back and allowing a through-ball to strike his heels as he was slid in on goal.
As the game dragged on, both teams pushed and puffed, but neither could produce a winner.
Chelsea are now two points behind Liverpool in second place in the Premier League, having played two more games, and 12 points behind champions Manchester City, who also have a game in hand. Brighton are still in ninth place