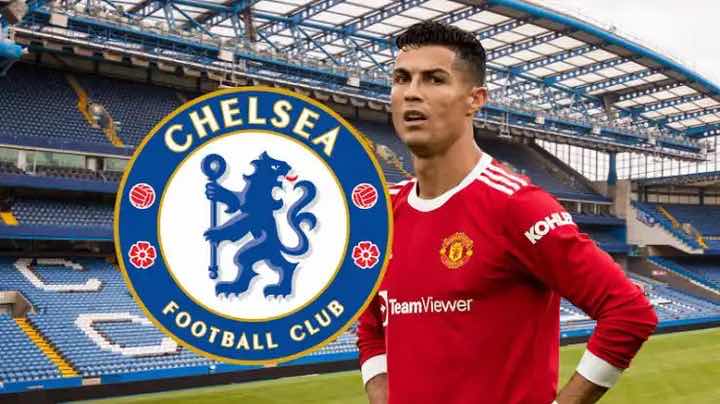 Chelsea and Cristiano Ronaldo are a match made in heaven.

That, at least, is the opinion of former Arsenal star Paul Merson, who believes that Stamford Bridge could prove a perfect refuge for the veteran striker.

Ronaldo has cut a frustrated at United in recent weeks as his desire for a move away has failed to translate in any formal offers for his services.

On the pitch things are not going much better either, as after a truncated pre-season Ronaldo has gone goalless in his club’s first two Premier League outings.

Both of those have ended in defeat, to Brighton and Brentford, and perhaps most troubling is the lack of goals for Erik ten Hag’s men.

Despite counting on the likes of Ronaldo, Marcus Rashford, Bruno Fernandes and Jadon Sancho United’s top, and indeed only scorer this season is Alexis MacAllister, who put past his own goalkeeper during Brighton’s 2-1 win.

Chelsea, meanwhile, are creating plenty of chances, and Merson believes Ronaldo is the perfect man to put them away.

“I cannot believe they didn’t or haven’t gone in for Cristiano Ronaldo. He just ticks all of the boxes Chelsea are lacking,” the pundit told Sky Sports.

“Playing for Chelsea is not like playing for Manchester United, who are working from the halfway line.

“Chelsea are on the edge of the box, dominating games.

“Chelsea have unbelievable wing-backs, they dominate football matches, if they were putting the ball into the box for Ronaldo I would dread to think how many goals he could score.”