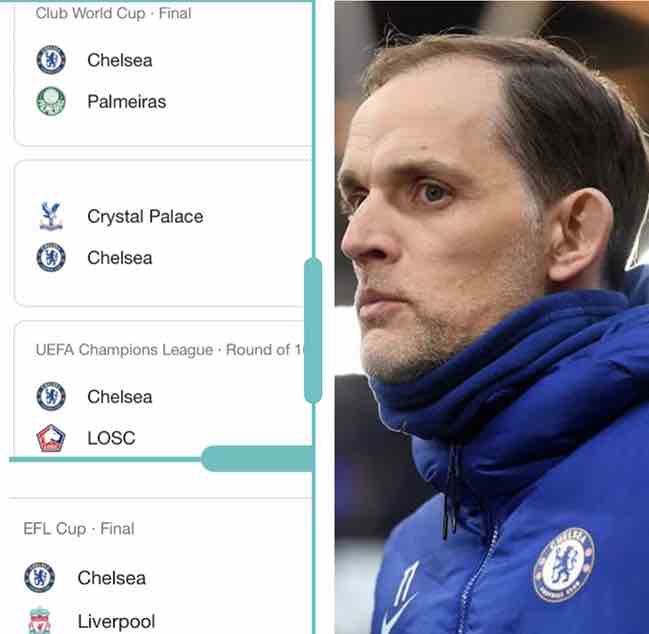 The West London based club Chelsea continued their impressive run of form as they got a 1 – 0 win over Saudi-Arabian side Al-Hilal in their semi-final encounter.

The Blues were the huge favourites to emerge victorious due to their previous results and records against Asian oppositions. In their last four matches in all competitions,The English Premier League giants Chelsea have scored 6 goals while they also conceded 2 goals to their oppositions.

After their hard-fought victory over Al-Hilal, they progressed to the final of the FIFA Club World Cup. The recent performance of Chelsea in yesterday’s encounter shows why they need to work on their style of play. 1. CHELSEA VS PALMEIRAS: The final of the FIFA Club World Cup will be played at Mohammad Bin Zayed Stadium.

2. CRYSTAL PALACE VS CHELSEA: The English Premier league match between both clubs is scheduled to take place on the 19th of February, 2022. 3. CHELSEA VS LILLE: The first leg of their UCL round of16 encounter is scheduled to take place on the 22nd of February, 2022.

4. CHELSEA VS LIVERPOOL: The Carabao cup final between both clubs will be played at Wembley Stadium.

Like Loading...
Related Topics:Chelsea’s Next Four Matches In All Competitions Including Tough Games Against Liverpool And Lille.