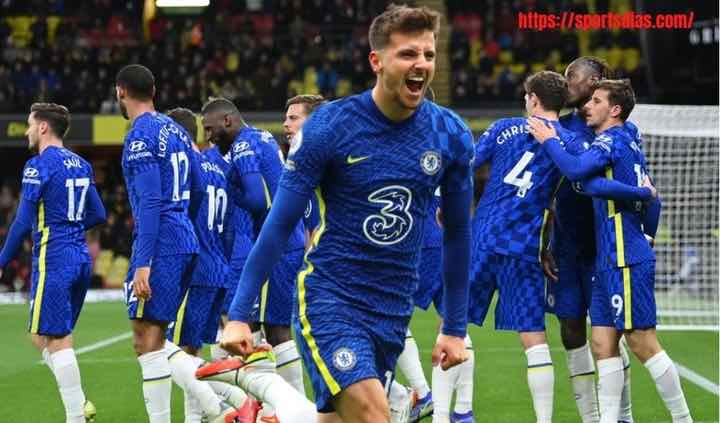 Mason Mount, a Chelsea midfielder, could become one of the club’s best earners after reportedly being given a lucrative new contract to stay at Stamford Bridge.

The Premier League has finally authorised Todd Boehly’s takeover of Chelsea from Roman Abramovich, and the new Blues management appears prepared to offer 23-year-old Mount a significant new contract that would more than treble his present salary.

Mount presently earns roughly £80,000 per week, despite winning the club’s player of the year award in each of the last two seasons, but according to the inews report, Chelsea are keen to both extend his current deal and give him a large wage raise in order to tie down one of their biggest talents.

Mount, who joined the Blues as a six-year-old, is also said to want to extend his stay at Stamford Bridge.

Mount has played 160 times for Chelsea since his debut in 2019, scoring 30 goals and winning the Champions League, Club World Cup, and UEFA Super Cup in the last year.

According to the source, his contract offer, which would be made official after the takeover is completed due to Chelsea’s current sanctions, would be worth more than quadruple his present pay.

Mount presently earns £88,462 per week, making him the 17th highest earner in the team for the 2021/22 season, according to Sportrac data.

However, a raise of more than double his current wage would put him in the top five earners at the club next season.

Romelu Lukaku, who was signed for a club record amount from Inter Milan last summer, is reputedly the club’s highest earner, with a contract worth £325,000 per week.

Saul Niguez (£198,269) and Ben Chilwell (£190,000) are also in the current top five, however Saul is only on loan from Atletico Madrid this season and is unlikely to stay beyond the summer.

Chelsea’s salary cost will be reduced in part as a result of the departures of Saul and defenders Antonio Rudiger and Andreas Christensen, who are both poised to leave the club on free transfers when their contracts expire.

This summer, Spanish defence duo Marcos Alonso and club captain Cesar Aziplicueta have both been linked with moves abroad.