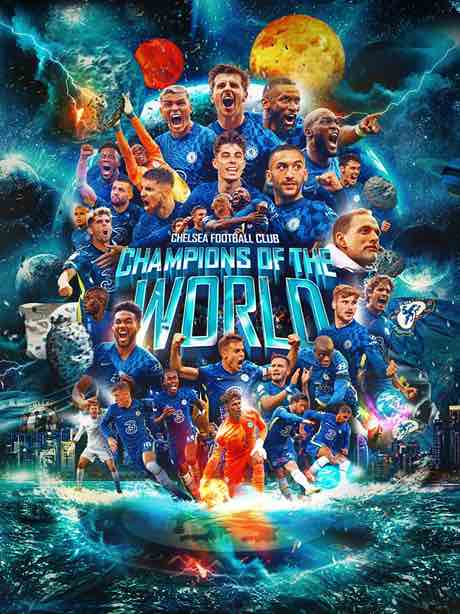 Chelsea finally got their hands on the FIFA Club World Cup, as they comfortably defeated Palmeiras 2-1 at Mohammed Bin Zayed Stadium this evening. Of course, the Brazilian team played against the Blues with a high level of winning spirit, but the Thomas Tuchel’s men later prevailed in extra time. Apparently, Thomas Tuchel pulled off some brilliant tactics, because the Brazilian team didn’t make it easy for Chelsea throughout the 120 minutes. Nevertheless, the West London club are now World Champions, having won their second trophy in the 2021-2022 campaign. In all fairness, the likes of Thiago Silva, Kai Havertz, N’Golo Kante, Antonio Rüdiger, and César Azpilicueta dazzled flawlessly against Palmeiras, because they played the 120 minutes with a high level of winning spirit. The Blues wouldn’t have won the FIFA Club World Cup without their performances on the pitch. Honestly, this is indeed a massive achievement for Chelsea this campaign, even though the likes of Reece James and Ben Chilwell are still unavailable. Of course, all Chelsea’s fans are happy bunny for the trophy, as they break the deadlock, and are currently 2022 Champions of the World.