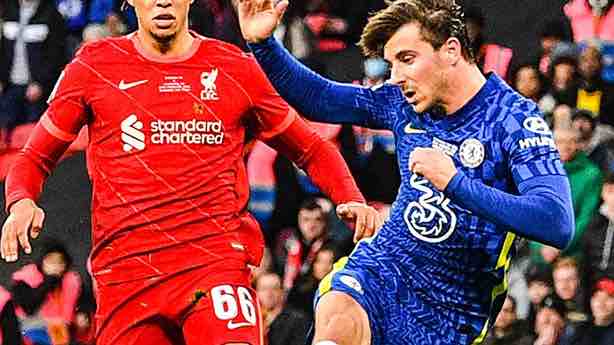 Chelsea manager, Thomas Tuchel, will have a strong squad to make his selection from when they face Liverpool in the Carabao Cup final on Sunday.

Tuchel is looking to add more silverware to the Blues’ trophy cabinet.

They go into the clash at Wembley following a 2-0 win over Lille in the Champions League round of 16 first leg.

Ahead of the game, Tuchel has delivered a very positive update, stating that everyone has participated in the club’s latest training session, barring Ben Chilwell.

Right-back Reece James therefore could be set to feature after a lengthy spell out on the sidelines, according to Football London.