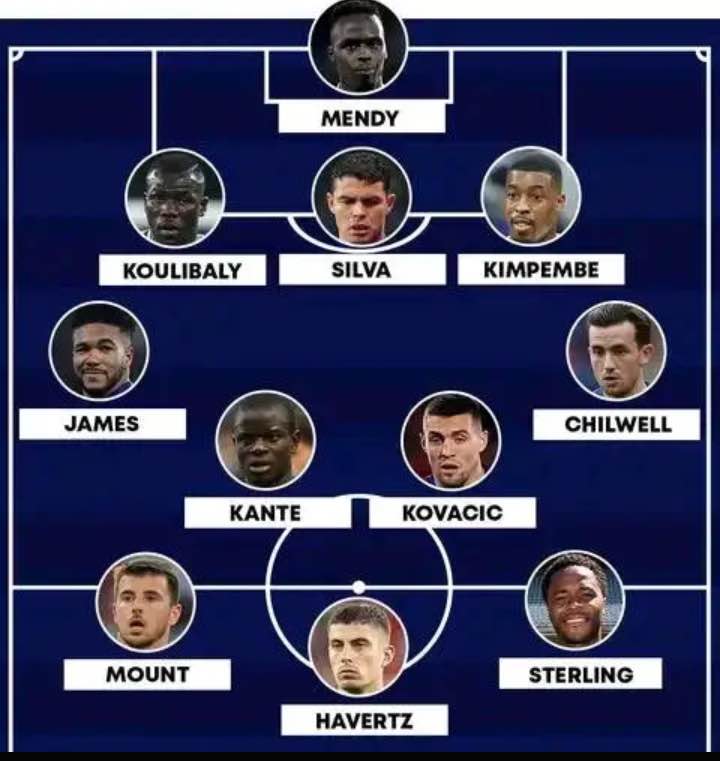 Chelsea faces Everton in their first opening match of the season next week and they will be hoping to kickstart their campaign with a win.

The Blues have had a very poor preseason outing so far after they were lashed 4-0 on Sunday by Arsenal.

Ahead of the new season, below is how we feel Chelsea should lineup against Everton in their opening match of the season;

Presnel Kimpempe has been constantly linked with a move to Chelsea this summer and many fans would be keeping their fingers crossed to see how his transfer to Chelsea turns out before the end of the summer. Chelsea enjoyed a very good campaign last season after finishing third behind Liverpool and Manchester City and they will be hoping to improve on that in the new season.

The addition of Sterling and Koulibaly to the club has been a wonderful one and man fans are happy to see them wearing the jersey of Chelsea.