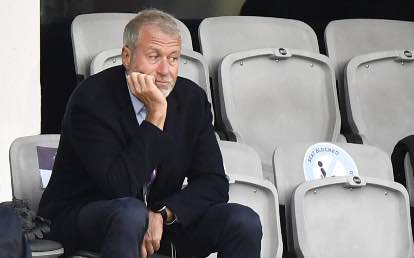 Abramovich may not be the only senior Chelsea figure leaving the West London club in the near future, with two long-serving directors set to depart when new ownership takes over.

The Russian billionaire had officially announced on Wednesday that he is looking for a buyer for Chelsea.

Abramovich became Chelsea’s owner back in 2003 and since his takeover, the Blues have gone on to win 21 major titles.

According to The Guardian, Chelsea chairman Bruce Buck and director Marina Granovskaia have been integral to the running of Chelsea, but they could also leave when Abramovich sells the club in what will arguably have a bigger impact than the departure of the owner himself.

Buck and Granovskaia, who have enormous power and control at Chelsea, would be very unlikely to stay at the Premier League giants after a takeover and are expected to depart.

Meanwhile, Swiss billionaire Hansjorg Wyss revealed earlier this week that he had been approached by Abramovich to buy Chelsea and is believed to have joined US tycoon Todd Boehly in a consortium readying a massive offer.