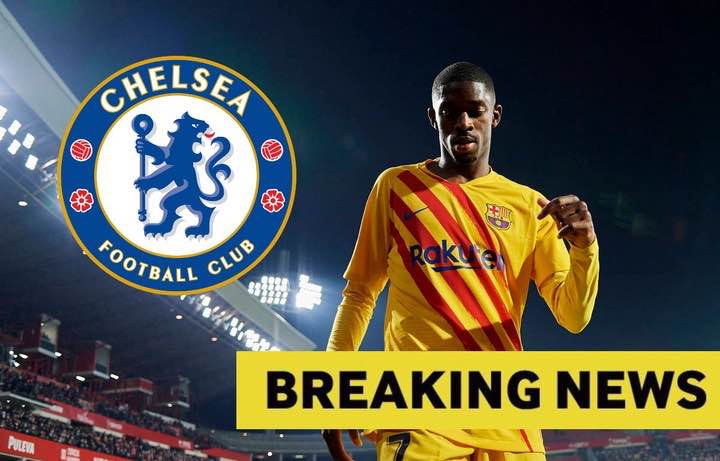 Chelsea are reportedly ready to launch a transfer bid for Barcelona forward Ousmane Dembele as he looks set to leave the club imminently.

Barca have officially announced today that they plan to offload Dembele before the end of January, with the France international’s future having been in doubt for some time due to the player coming towards the end of his contract at the Nou Camp.

Chelsea look set to pounce for Dembele, with reporter Pedro Almeida tweeting that the Blues are lining up an offer of around €15million for the 24-year-old, with this news coming not long after Mateu Alemany’s announcement on Dembele, as quoted by Goal.

Dembele could make sense as an ideal signing for Chelsea at the moment, with Thomas Tuchel’s side not looking particularly convincing recently, particularly in attack.

Dembele’s availability could make him very tempting for Chelsea, as it’s clear Barcelona will accept a low bid for the player due to him being a free agent in the summer.

Discussing Dembele’s future, Alemany said: “With Ousmane and his agents we started conversations around the month of July.

“In all this time, almost seven months, we have talked, Barca has made different offers, we have tried to find a way for the player to continue with us and those offers have been continuously rejected by his agents.

“It seems obvious to us that the player does not want to continue at Barcelona and is not committed to Barca’s future project.

“We told him and his agents that he must leave the club immediately because we want to have players committed to the project.

“We expect a transfer to take place before January 31. The sporting consequence is that we don’t want to have players who don’t want to be at Barca.

“The fact that he was not in the [squad] list for today is the consequence of this whole process. The coach has our full support, it’s a consistent attitude

Like Loading...
Related Topics:Chelsea ready €15m transfer bid for player who has been told to "leave the club immediately"