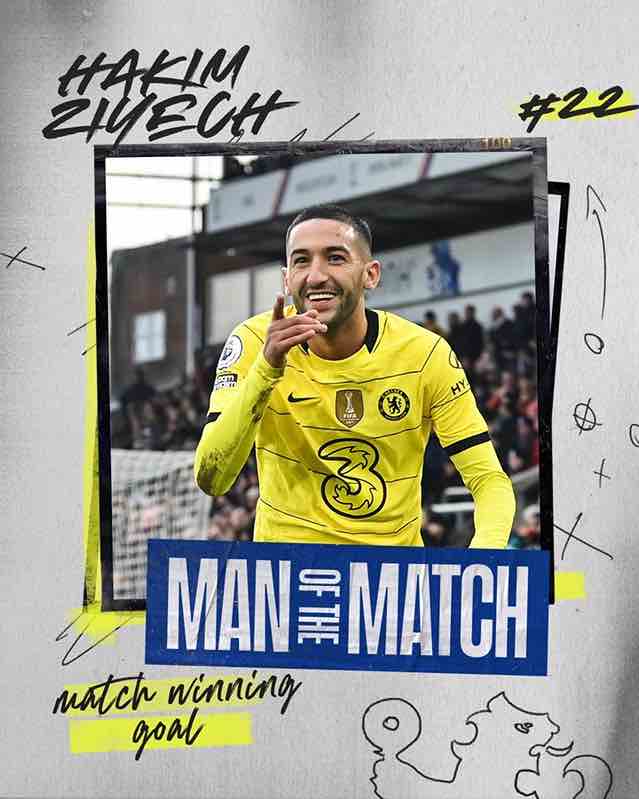 Chelsea football club of England star Hakim Ziyech has beaten other nominees to win the Man of the Match award, after his brilliant display in his team’s remarkable 1-0 victory over Crystal Palace football club at Selhurst Park Stadium on Saturday evening. The former Ajax Amsterdam football club star has been impressive for the Blues since the beginning of the season, and he was able to play another vital role in the team’s deserved victory.

Coach Thomas Tuchel gave the Moroccan another starting role in his team’s attack, and he was able to play a vital role in the team’s hard-fought victory. Hakim Ziyech opened scoring for the away team in the 89th minutes, and the goal was enough to give the visitors a deserved victory over their opponent. Hakim Ziyech was superb for the away team in the game, and he was able to mark his excellent performance with a fine goal.

The Morocco star was shortlisted for the Man of the Match award after the end of the game alongside the likes of Thiago Silva and Antonio Rudiger, and he has beaten them to win the award. 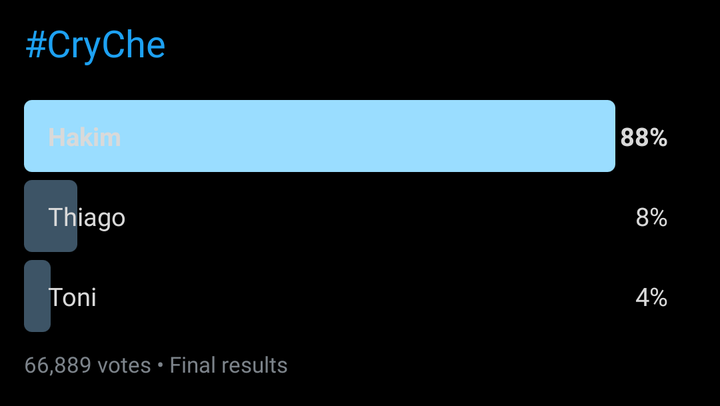 Like Loading...
Related Topics:Chelsea star beats other nominees to win the Man of the Match award after his brilliant performance