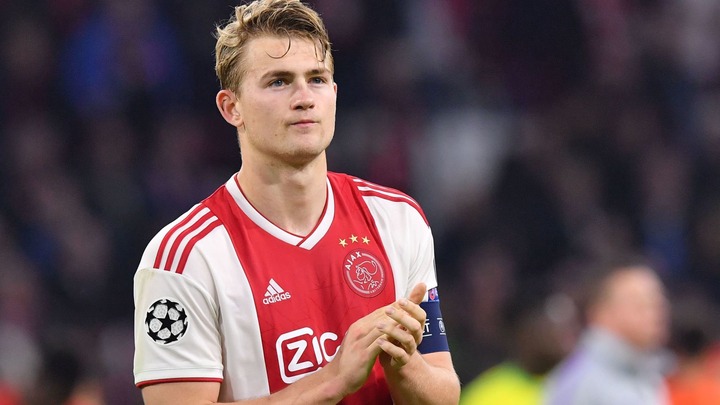 Matthijs de Ligt is a man in demand in the transfer market, even as speculations surrounding his future at Juventus continue to swirl.

The 22-year-old Dutchman snubbed a plethora of clubs to join the Bianconeri in 2019 but is believed to be looking for an exit with the team failing to fulfil his sporting ambitions, having been on a slow decline over the past eighteen months or so.

Barcelona, who have been long-term admirers of De Ligt, have been alerted by development and are seeking to sign him up should an opportunity present itself. However, as reported by El Nacional, the Catalans will have to stave off competition from Premier League giants Chelsea for the Dutch star.

The Blues are in the market for defensive reinforcements amid the uncertainties surrounding Antonio Rudiger, who is out of the contract at the end of the season. Thomas Tuchel & co. reportedly see De Ligt as the ideal candidate to replace the German international and are ready to make a move.

Juventus, for their part, see the Netherlands international as a key part of the team but would be open to selling him for an offer of around €50 million due to their financial situation. And the report states that Chelsea would be willing to meet that valuation.

Apart from Chelsea, their London rivals Tottenham are also in the mix for De Ligt’s signing and would not have a problem shelling out the €50 million needed. That figure, however, could be problematic for Barcelona, especially after they have splashed €55 million on the impending signing of Ferran Torres.

Even if they do manage to scrape up the transfer fee by player sales, the Catalans are in no position to meet his current wages of €12 million per year. Any move would tp Camp Nou would require De Ligt to reduce his salary by a big margin.

So, as things stand, the Premier League clubs have the upper hand in the pursuit of De Ligt. Whether Chelsea or Tottenham make a move for him in January or at the end of the season remains to be seen.