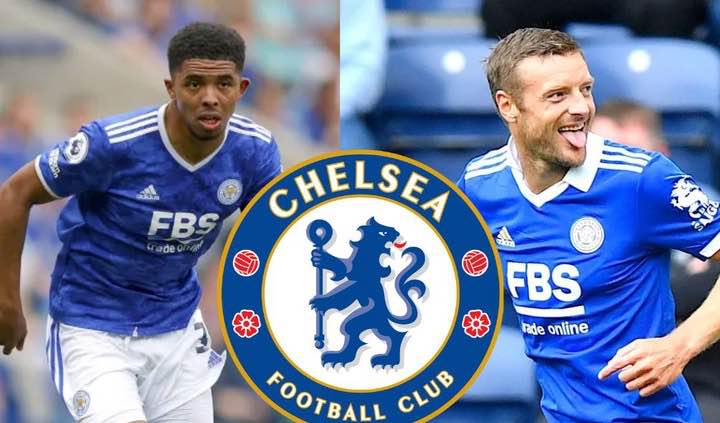 According to Football.London, Chelsea are plotting a move to sign Leicester City striker Jamie Vardy and defender Wesley Fofana in a fee worth £79.5 million this summer transfer window.

Jamie Vardy, a Premier League veteran, has emerged as an unexpected option. The Englishman has previously been linked with Chelsea and Arsenal, but his commitment to Leicester has been amicable to this point.

According to Give Me Sport’s Dean Jones told the Chasing Green Arrows YouTube Channel, Jamie Vardy might be on Chelsea’s list as a last-minute backup striker.

Along with Wesley Fofana, for whom Boehly made contact with his representatives earlier this week, a £75m double swoop could be on the cards, with the Foxes demanding more than £70m if they are to even consider losing the Frenchman at this stage of the summer.

Vardy, who has one year left on his current contract at the King Power Stadium, would cost around £4.5 million if transfermarkt’s valuations are taken at face value.

With the need to convert more chances evident throughout pre-season, the 35-year-old veteran would bring that expertise in spades, as evidenced by his 227 goal involvements since joining the East Midlands club from Fleetwood Town in 2012.