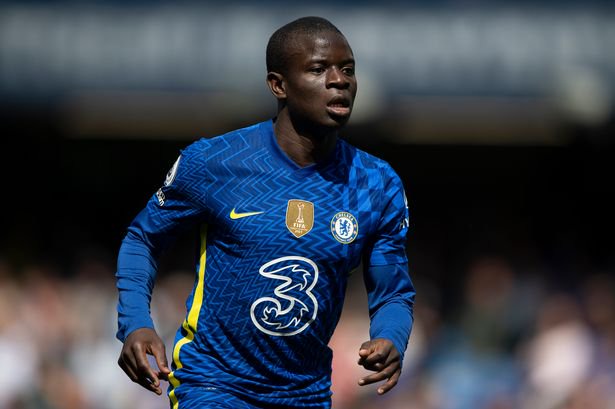 Chelsea news: The latest news, transfer rumours and gossip on the goings on at Stamford Bridge, with an updates on N’golo Kante, Andrey Santos and Matthijs De Ligt

Here is your Chelsea morning digest on Monday, December 5

Potter has final say on Kante

N’golo Kante’s Chelsea contract is set to expire in the summer of 2023 and currently no talks are taking place over a new deal.

The Frenchman’s midfield partner for a number of seasons, Jorginho, could also be departing the club at the end of the season with his contract expiring next summer. Todd Boehly faces a lot of key decisions to make regarding a revamp of the Blues midfield in the next few windows with Moises Caicedo, Jude Bellingham and Declan Rice all linked with a move to Chelsea.

However, while Boehly will certainly be involved in making any additions to the squad alongside Graham Potter, the final say on the future of Kante will come from the Chelsea boss.

European champions Real Madrid are the latest team to declare an interest in Brazilian wonderkid Andrey Santos, with Chelsea, PSG and Barcelona also in the race.

Santos, who plays for Vasco de Gama in Brazilian Serie B, spent his entire youth career at the club, joining when he was just seven, before making his senior debut earlier this year where he soon became a first-team regular.

The 18-year-old made 36 appearances in Vasco de Gama’s promotion-winning season scoring eight goals and according to French outlet Le10 Sport he is very close to agreeing a January deal with Chelsea.

However, Spanish outlet Defensa Central, are reporting that Madrid have Santos on their radar and any formal proposal could halt his move to west London.

Kalidou Koulibaly and Wesley Fofana were signed for a combined fee of £100million after Andreas Christensen and Antonio Rudiger left the Blues at the end of the 2021/22 season. football.london understands that Matthijs de Ligt, Presnel Kimpembe and Josko Gvardiol were all on Chelsea’s shortlist for defensive signings in the summer.

De Ligt opted to make a move to Bayern Munich in the summer and has now shed some light on the transfer interest held in him over the summer.