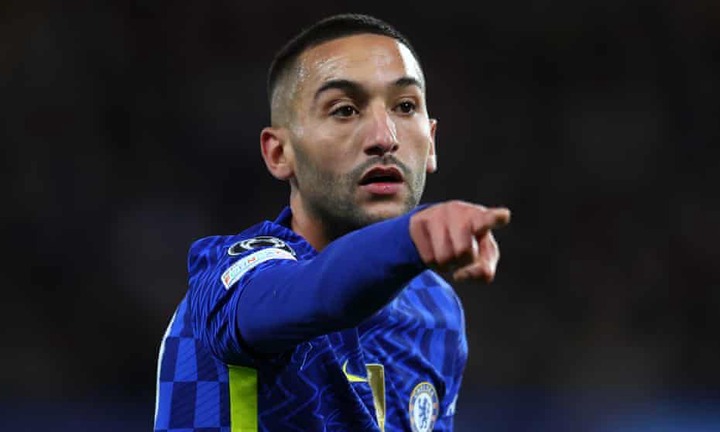 Chelsea have held talks with Milan over selling Hakim Ziyech as Thomas Tuchel works to reshape the squad under the club’s new owners.

Ziyech is available for transfer and would be open to joining the Serie A champions but an arrangement must be found regarding his salary, which is larger than Milan would ordinarily want to pay. Milan are discussing the matter internally and with the 29-year-old’s agents.

Ziyech was in and out of Tuchel’s team last season, starting 19 of Chelsea’s 48 games in the Premier League and Champions League. He joined from Ajax for an initial €40m in the summer of 2020 on a five-year contract.

Chelsea retain an interest in Matthijs de Ligt as they look to strengthen their defence. Juventus are trying to extend the centre-back’s contract but no agreement has yet been reached and De Ligt is on Tuchel’s list of targets for the position with players such as Sevilla’s Jules Koundé and Manchester City’s Nathan Aké.

City made significant transfer moves on Friday by agreeing a deal to buy Kalvin Phillips from Leeds for an initial £42m and to sell Gabriel Jesus to Arsenal for a guaranteed £45m. Arsenal are discussing personal terms with the Brazil forward’s agents with a view to the player signing a five-year contract.

Arsenal remain interested in Raphinha but face competition from Tottenham and Barcelona for the Leeds winger. City’s next priority will be to step up their pursuit of Brighton’s left-back Marc Cucurella. Brighton are poised to sign the 20-year-old Ivorian forward Simon Adingra for €8m (£6.9m) from Nordsjælland.

Like Loading...
Related Topics:Chelsea in talks with Milan over Ziyech sale as Tuchel aims to reshape squad