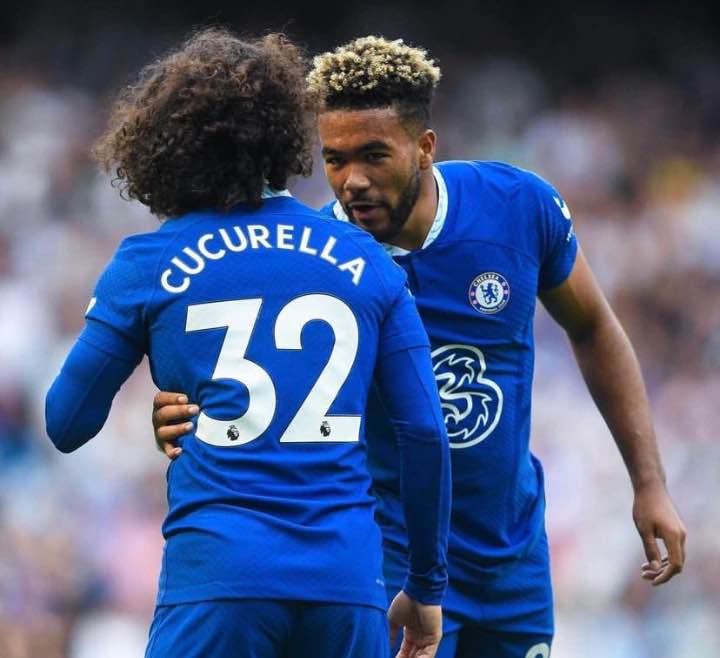 Kalidou Koulibaly, Marc Cucurella and Raheem Sterling have been amazing for Chelsea with the few games that they have played for Chelsea this season. The trio all made their Premier league debut for Chelsea against Everton during the Blues’ opening game. Kalidou Koulibaly and Raheem Sterling started while Marc Cucurella made a cameo appearance. Against Everton, Kalidou Koulibaly helped Chelsea to keep a clean sheet as he was a beast in the Defense, Raheem Sterling was unlucky to have gotten his goal ruled out for offside but he had a good game while Marc Cucurella showed a glimpse of what’s to come. Against Tottenham Hotspurs, Thomas Tuchel started the three of them. Marc Cucurella and Kalidou Koulibaly linked up to get Chelsea’s first goal against Spurs as Koulibaly scored a volley from a corner kick taken by Marc Cucurella.

Raheem Sterling set up Reece James with an assist for Chelsea’s second goal against Spurs. Chelsea didn’t win the game or keep a clean sheet but that could be Blamed on the poor refereeing decisions. More importantly, the New Chelsea Players were spot-on once again.

In the previous two summer transfer windows, Chelsea have had more Failures in their Signings than successes. Kai Havertz, Hakim Ziyech, Lukaku, Christian Pulisic and Timo Werner are Players that joined Chelsea in recent transfer window, and none of them have turned out well at Chelsea.

This is why it’s a big deal that Chelsea have signed 3 Players this summer and all of them are Ballers.