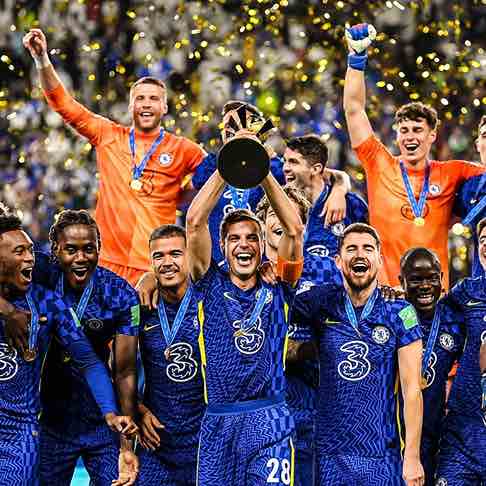 Chelsea have won their first ever FIFA Club World Cup title after they defeated Palmeiras 2-1 in extra time of the Club World Cup final on Saturday at the Mohammed Bin Stadium in Abu Dhabi, United Arab Emirates. Kia Havertz scored the winner from the penalty spot in the 117th minute as Chelsea beat Palmeiras to win the FIFA Club World Cup title. After winning their first FIFA Club World Cup title on Saturday, Chelsea posted on Facebook: “We’ve won it all” 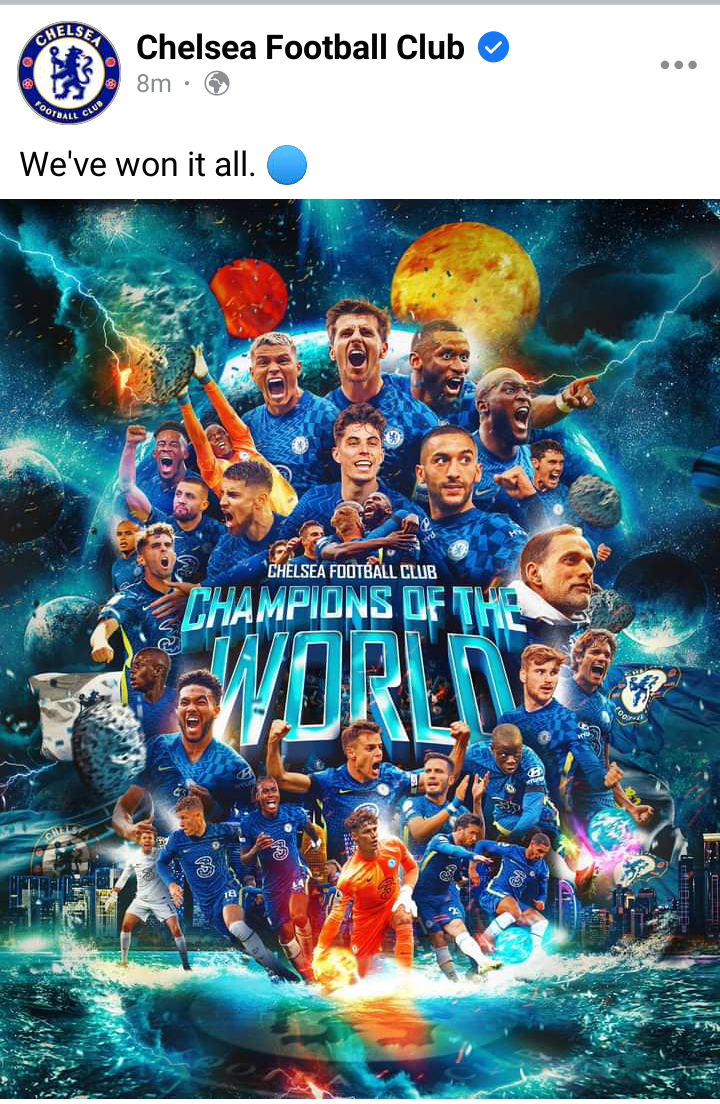 This Facebook post from Chelsea have attracted reactions from fans as some fans have called Chelsea the best team and club in the world while some have congratulated Chelsea.

Here are some screenshots of reactions from fans: 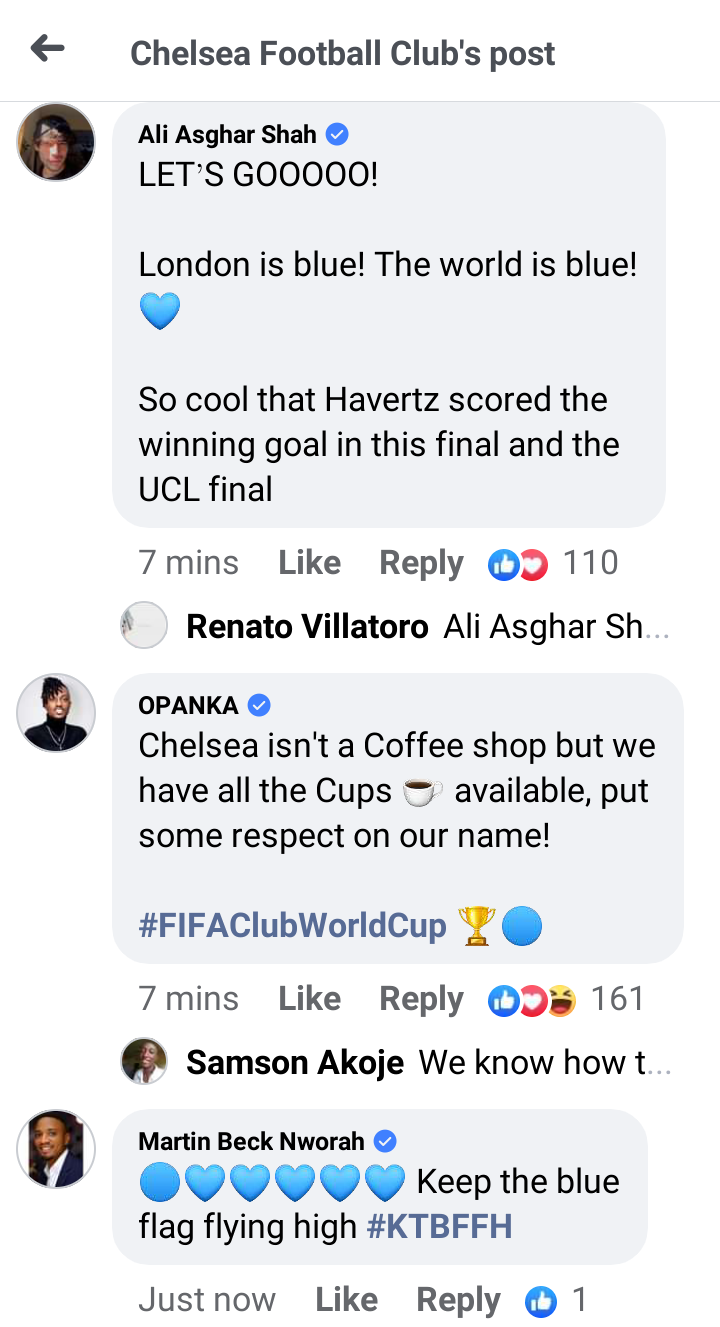 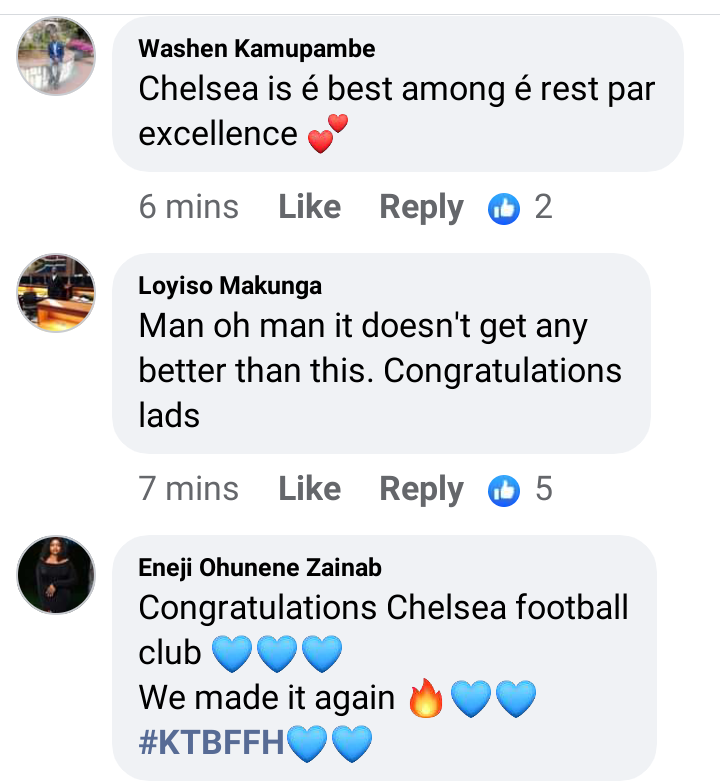 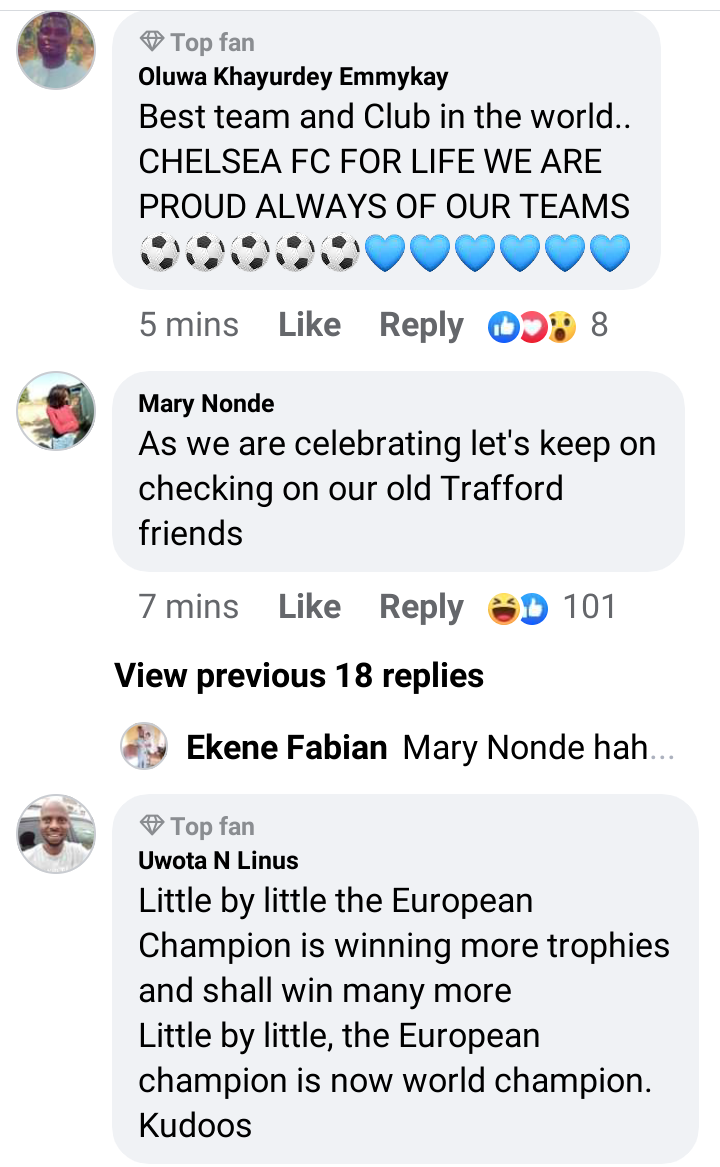 Chelsea next fixture is against Crystal Palace in the English Premier League next Saturday.