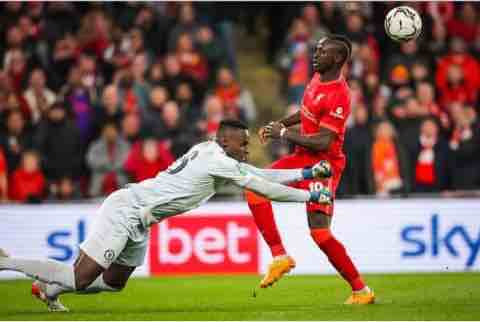 Senegalese and former Stade de Rennes shot stopper, Edouard Mendy was in action yesterday for Chelsea in the final of the Carabao Cup against Jurgen Klopp led Liverpool team at the Wembley Stadium.

Edouard Mendy since his arrival at the Stamford Bridgeunder Frank Lampard has established himself as the preferred number one choice in between the stick ahead of Spaniard Kepa Arrizabalaga, who is the most expensive goalkeeper in the round leather game hitherto. 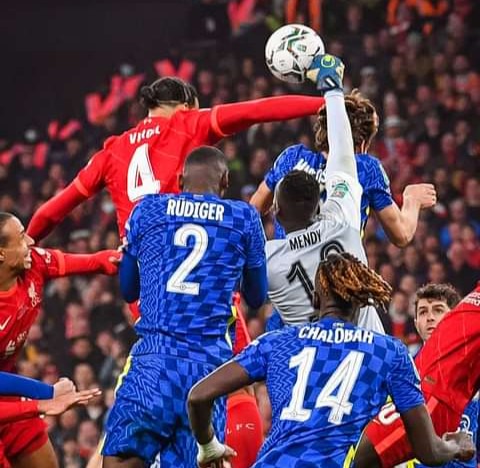 He was yet again at the top notch for the Blues with another mind-blowing performance well enough to earn him the Man of the Match award.

He was the saviour and hero of the night for the Thomas Tuchel’s side in whole 90 minutes duration of the game and the major part of the extra time before he was subbed off for Kepa Arrizabalaga mainly for penalty shoot-out, as he made some decisive saves to deny the Reds from getting a comfortable lead that could have settled the game earlier.

The game which ended goalless draw at full time was taken to the extra time with nothing separating them and as such resulted to penalty shoot-out which turned out in favour of Liverpool with eleven goals to ten scoreline. 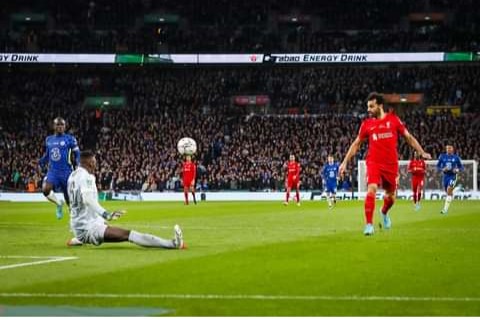 After the game, Liverpool defender Virgil Van Dijk was named as the Man of the Match which has got people talking as to why Edouard Mendy was not considered for the award after he was everywhere with some incredible saves.

This is seen as controversial because looking at their contributions on the pitch of play yesterday, Edouard Mendy was more spectacular than the Netherlands International despite his titanic display which was also solid at the defence line.