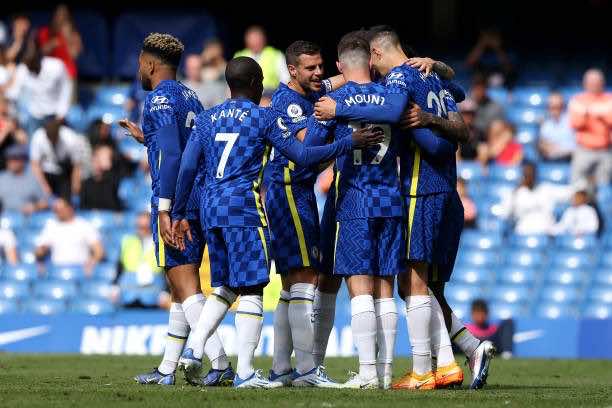 Chelsea faced Watford in today’s league fixture at Stamford Bridge, it was the final game of the season and Thomas Tuchel’s side created history after they led Watford At Half-Time time. Chelsea became the first team in the Premier League history to go through a whole season without ever being behind at half time. A post from opta official twitter handle can be seen below.

Chelsea took the lead through Kai Havertz’s goal in the opening minutes of the first half. Kennedy provided the assist for Kai Havertz as he scored the opening goal for the blues. Thomas Tuchel’s side haven’t been at their top best this season losing two domestic finals in the space of three months. This achievement is actually a big one for the team and Thomas Tuchel.

Despite their ups and downs and injuries suffered, Thomas Tuchel’s side still managed to finish in the top three spot and set a new Premier League record. Thomas Tuchel won two trophies this season despite losing two consecutive finals to Liverpool. Chelsea failed to maintain the level they were at the beginning of the season. They had more chances of winning the league four to five months ago.