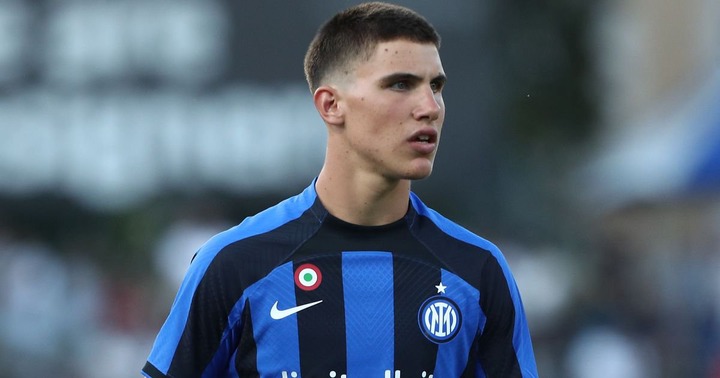 the Blues are closing in on signing the youngster after a report from The Sun claims England defender, Wesley Fofana has agreed on personal terms ahead of his potential move to Chelsea FC.

The report reveals that the term will see Wesley Fofana earn £200,000 per week.

Therefore, It is left for a deal to be agreed on between Chelsea FC and Leicester City to complete the signing of Wesley Fofana.

In addition, Wesley Fofana has an £84million price tag and Chelsea FC have seen their first two offers of £60m and £70m rejected.

Chelsea To Resume Talks For Casadei

According to Goal, Chelsea have a clear path ahead to sign Cesare Casadei. Inter Milan will resume talks with the Blues for the teenage midfielder. Rival interest from Nice and Sassuolo has reportedly been blocked by Inter. However, report already claims that Frenkie De Jong will move to Old Trafford before Man United take on Liverpool on Monday. As it currently stands, Manchester United’s midfield is markedly worse than it was last term. Erik ten Hag simply hasn’t been given the players he requires to help turn the Reds’ fortunes around.

With time now running out, it feels like the Old Trafford club are being linked with Frenkie de Jong alternatives on an almost daily basis.

The latest reports claim that United have added Brighton & Hove Albion’s Moises Caicedo to their list of possible targets.

According to the report, United are ‘weighing up’ a move for the impressive 20-year-old defensive midfielder, though they face stiff competition. Arsenal, West Ham, Chelsea have indicated an initial willingness to pay £40m for the 21-year-old Gordon – but Everton are believed to value Gordon at at least £50m. Reports are claiming that the Blues have made a move for 21-year old Gordon and want to make him the club’s sixth senior signing this window.

Rumours have been circling for a while now of Tuchel’s desire to sign a direct winger, who according to Chelsea journalist Jacob Steinberg, ” can tie a full back in knots”,