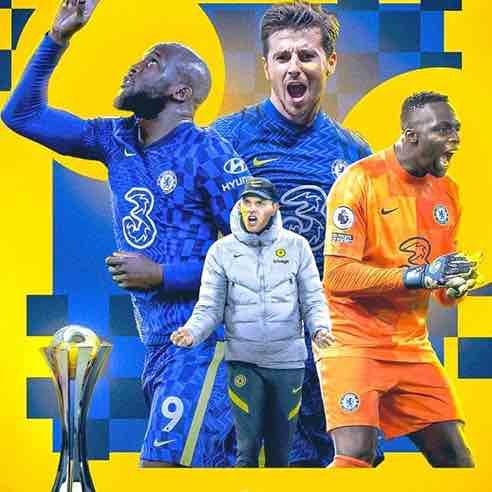 Chelsea are champions of the World. The Blues have now added the only trophy missing in their Cabinet after their victory on Saturday. Chelsea defeated Palmeiras in the final of the Club World Cup to win the title for the first time in the history of the club. The first half ended as a stalemate with Chelsea failing to make use of their chances Romelu Lukaku however opened the scoring in the second half. Palmeiras equalized through a penalty which took the game to extra time. Chelsea however won a penalty before the end of extra time which Havertz converted. Chelsea has produced different legends over the years. Chelsea story changed when Abramovich took over in 2004. Since, Chelsea have produced world-class players who have won different trophies for the club. However, None of them has ever won the Club World Cup. Chelsea captain Ceaser Azpilicueta is now the first ever Chelsea player to win the Premier League, League cup, FA Cup, UEFA super Cup, Champions League and CLUB WORLD CUP. Congratulations to him. Like Loading...
Related Topics:Azpilicueta surpasses other Chelsea Legends as he sets New Record with the ClubChelsea Captain