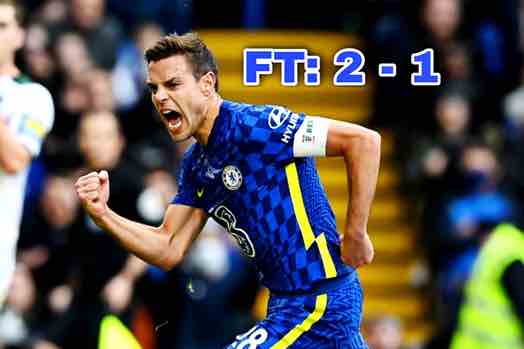 Chelsea fought back from behind early on to move into the FA Cup fifth round at the expense of a tenacious PlymouthArgyle team, with Marcos Alonso scoring an extra-time winner and Kepa saving an even later penalty.

The Pilgrims of League One pushed Chelsea all the way after taking the lead through Macauley Gillesphey’s header in the eighth minute. The Blues struck the crossbar three times before Cesar Azpilicueta brought them level as half-time loomed, his beautiful flick a superb way to open his account for the season.

Chelsea pounded Plymouth’s goal for big swaths of the second half, registering 35 shots by the end, but couldn’t break through Mike Cooper’s disciplined defence. The teenage Plymouth goalkeeper made a particularly impressive save to deny Mason Mount.

The Blues, headed by Arno Michels and Zsolt Low today, with Thomas Tuchel self-isolating after testing positive for COVID-19, made a breakthrough in the first half of extra time. Substitute Alonso was on the receiving end of a clever play to make it two Spaniards on the scoresheet today.

Kepa, another Spaniard, then repeated his penalty-saving heroics to prevent the match from going to a shoot-out. With just a few minutes left in the extra 30 minutes, he expertly saved Ryan Hardie’s spot-kick.

Credit must go to Plymouth, who put in a fantastic performance and came close to beating a very good Chelsea side.