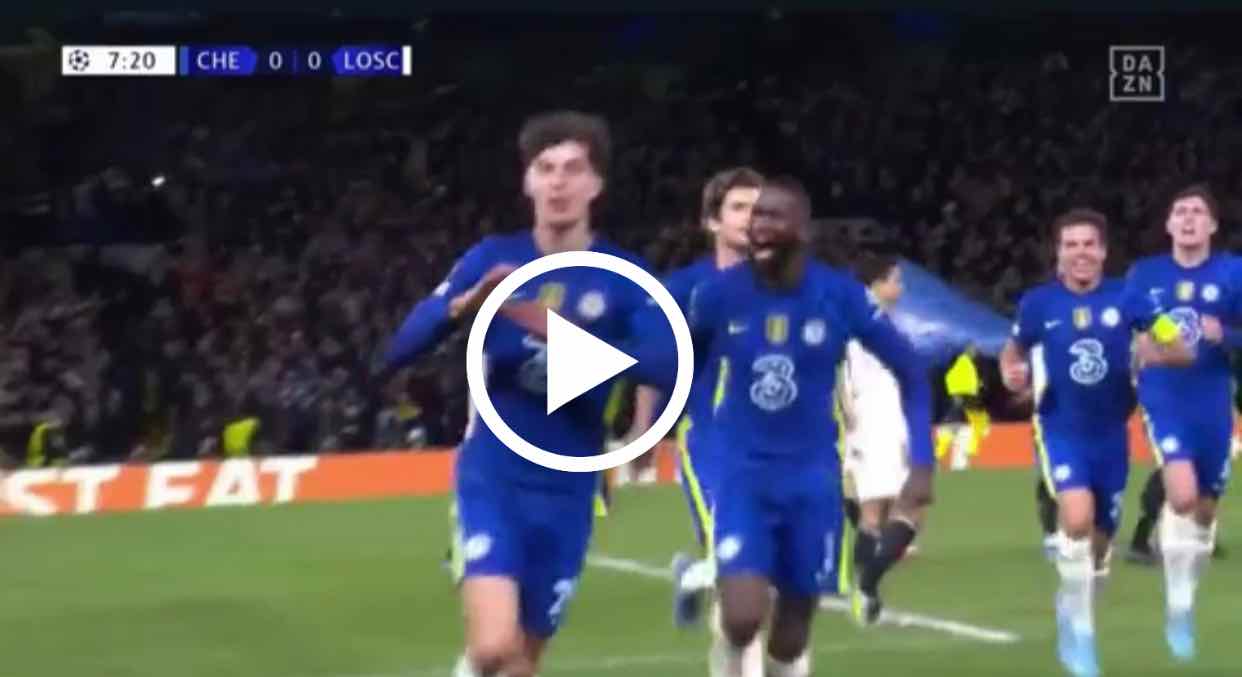 Chelsea are hosting Lille in the Champions League tonight as Thomas Tuchel’s side resume the defence of last season’s title at Stamford Bridge. The Blues finished runners-up to Juventus in Group H so begin their knockout campaign at home to French champions Lille, who topped a group containing Red Bull Salzburg, Sevilla and Wolfsburg to reach the last-16.

Since defeating Manchester City in last season’s Champions League final in Lisbon, Tuchel’s side have added Uefa Super Cup and Fifa Club World Cup titles to their trophy cabinet. Chelsea returned from Abu Dhabi, where a Kai Havertz penalty sealed a victory over Palmeiras as the Blues became world champions for the first time, to defeat Crystal Palace on Saturday in the Premier League.

8 mins: That didn’t take long! Kai Havertz is slipped into the box by Christian Pulisic. He checks back onto his left foot and shoots but Leonardo Jardim palms the ball wide of the back post for a corner.

That was quick, and we won’t be complaining! A shot by Kai Havertz leads to the first corner play of the game in Chelsea’s favour, with Hakim Ziyech taking it. He puts a nice cross to the box that meets Kai on a free run towards the goal, meeting the ball with a downward header to beat the opposing shot-stopper and get Chelsea in the lead against Lille