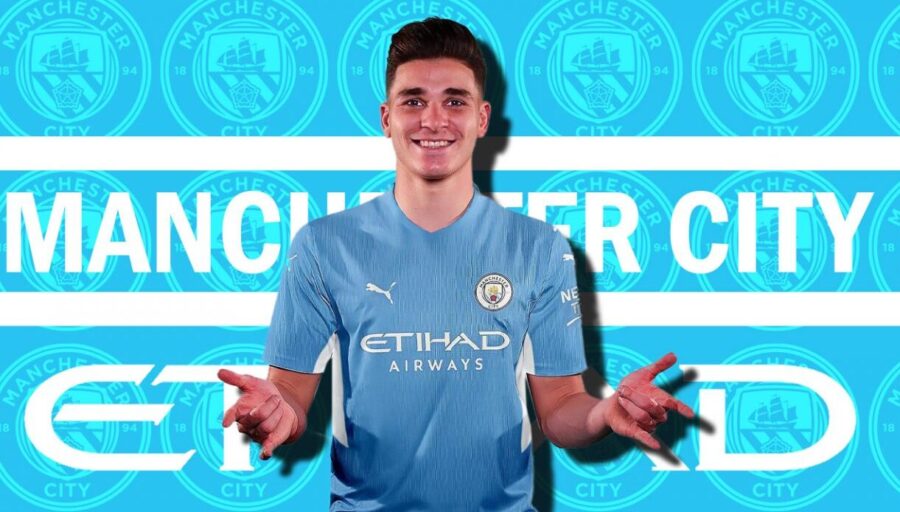 In all honesty, it’s doubtful many of the add-ons to the initial £5m paid to Fulham in 2015 were activated

Regardless, Patrick Roberts’ time at Manchester City serves as a cautionary tale for any young player taking a punt on joining a superclub.

Although it will come as little comfort to Roberts when considering what feels like a wasted chunk of a once-promising career, it is unlikely any bright young thing joining City today would endure such a rudderless existence.

Julian Alvarez is one of the most highly-regarded talents in South America. He is closing in on a £17.9m move to the Premier League champions because such a switch today offers more guarantees than it did when Roberts signed as an 18-year-old.

Put it this way – if Alvarez wraps up his City career by being recalled from Troyes to sign for League One Sunderland with six months of his contract remaining then something will have gone wildly awry.

City’s director of football Txiki Begiristain was in his post to sanction the Roberts signing but the club’s wider footballing operation is on a much surer footing today. So much of the ex-England youth international’s introduction to the elite level felt recklessly left to chance.

The 2015 summer transfer window was one of a number of big moves for City and the two headline captures of Raheem Sterling and Kevin De Bruyne have emphatically stood the test of time.

However, there was an element of scrambling to make up for lost time after the FFP-restricted transfer business of 2014/15, where sticking the bulk of the kitty on Eliaquim Mangala spectacularly backfired. Nicolas Otamendi was a costly and questionable attempt to fix the problem.

His solitary Premier League appearance came when he was summoned from the bench to replace Sergio Aguero with Manuel Pellegrini’s Blues shambolically 4-1 down to Tottenham. All the best.

WHY SHOULD MAN CITY FANS BE EXCITED ABOUT JULIAN ALVAREZ

There were two League Cup outings but, by the time Willy Caballero was City’s penalty shootout hero at Wembley the following February, Roberts had joined Celtic on an 18-month loan.

Memorably, the next season he scored for Brendan Rodgers’ side against his parent club at the Etihad Stadium however, a renewal at Celtic Park for 2017/18 essentially confirmed he would be confined to the margins.

Annual close-season friendly appearances tended to crop up from that point, with loans to Girona, Middlesbrough, Derby County and most recently Troyes following before his departure to the Stadium of Light.

The eagle-eyed among you will have picked out Girona and Troyes as City Football Group clubs. Although his spells in Catalonia (no goals in 21 appearances) and the French top flight (one 13-minute Ligue 1 appearance) did not prove to be a launchpad for Roberts, the more established CFG infrastructure and a reliable wider network of loan clubs mean future signings enjoy greater certainty over their prospects.

Alvarez looks likely to rejoin River on loan for the summer and possibly beyond before becoming part of Pep Guardiola’s first-team setup. He is not a CFG signing, but that side of the club offers more established pathways for the players who need them than was the case in 2015.

The 21-year-old’s open admiration for Sergio Aguero shows he would clearly love to become a crowd hero at the Etihad Stadium. But if things don’t work out, Alvarez can be sure his career will be well managed and his talent not squandered.

He can look to Douglas Luiz, who joined City from Vasco da Gama in 2017 and is now thriving in the Premier League at Aston Villa having honed his game and work permit prospects at Girona.

The same year, Yangel Herrera joined the Blues and was flipped to New York City. Subsequent loan spells at Huesca, Granada and Espanyol have seen him become one of the most respected combative midfielders in La Liga.