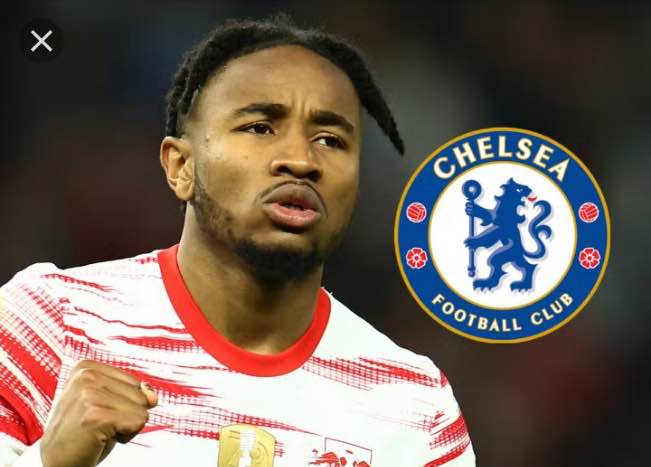 Premier League giants, Chelsea seems to have stolen the march ahead of their rivals in the race to sign Bundesliga star forward and RB Leipzig goal machine, Christopher Nkuku with them reported to have carried out early medical checks on the player ahead of a possible 2023 summer transfer.

As reported earlier by German outlet, BILD and now confirmed by transfer guru, Christian Falk as well as British outlet, The Daily Telegraph, the Todd Boerhly’s side held a secret medical checkup on Nkuku few days to the close of the last summer transfer window in a bid to have everything ready for next summer’s move. 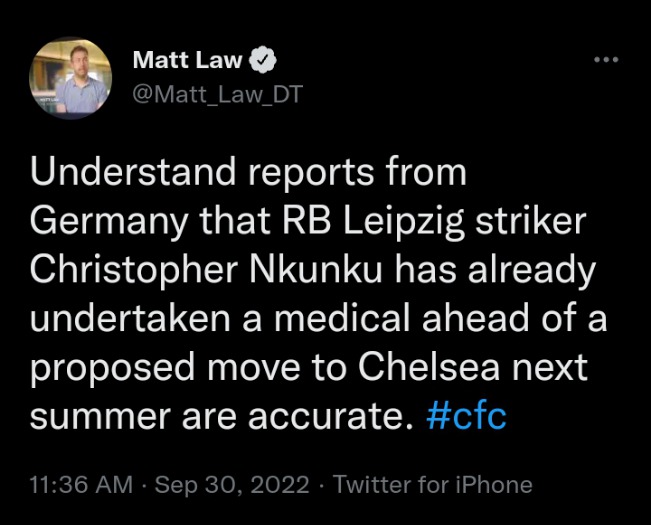 Nkuku, 24 is currently one of the best goal scorers in the world of football and was on hot form last season, scoring 35 goals in 52 competitive appearances. What’s more, he has continued with the same form this season and is currently on a run of 6 goals in 11 games.

Meanwhile, Manchester United, Arsenal, Liverpool, Bayern Munich as well as Paris Saint-Germain are all understood to be keeping close tabs on the striker but Chelsea’s cheeky approach could see him end up at the West London.