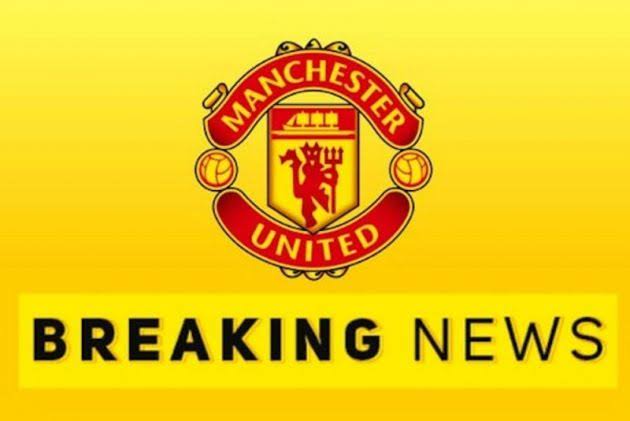 Liverpool are in concrete talks with Fulham for Fabio Carvalho. Not agreed yet – structure of potential deal to be discussed in the coming hours. First called by @VinnOConnor.Fabio Carvalho’s attracted by this chance – Liverpool consider him ‘top one for the future’. Talks between Tottenham and OL for Tanguy Ndombele are now advanced and progressing to the final stages. Understand OL want to include a buy option clause [not mandatory] in the deal.Lo Celso deal has collapsed because of player decision – he hopes for Villarreal. 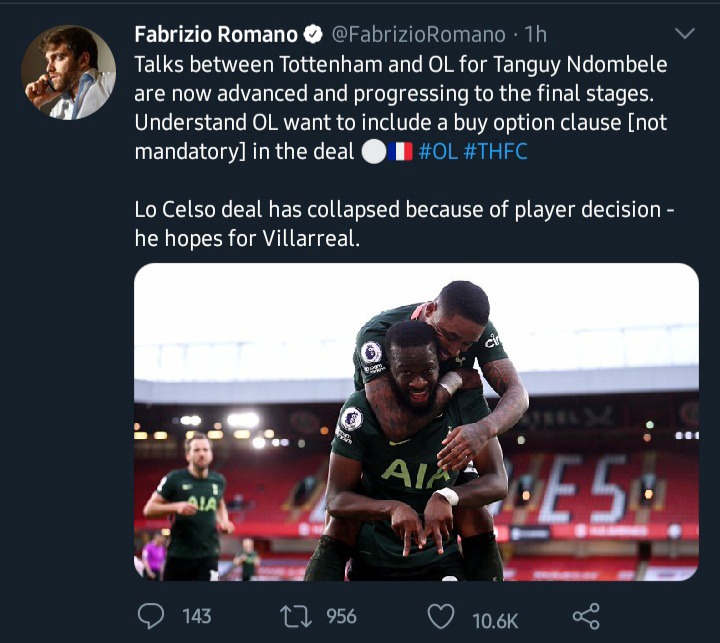 Donny van de Beek to Everton, done deal and confirmed! The decision has been made, here we go. Donny confirmed few minutes ago his choice to Frank Lampard.Everton joined the race yesterday, as revealed. They will cover full salary until June plus loan fee.Manchester United and Everton have exchanged documents for Donny van de Beek transfer. Donny will sign on Monday morning – deal likely to be announced on DeadlineDay.Lampard call was key to complete van de Beek’s move to Everton. 100% of salary + loan fee to United. 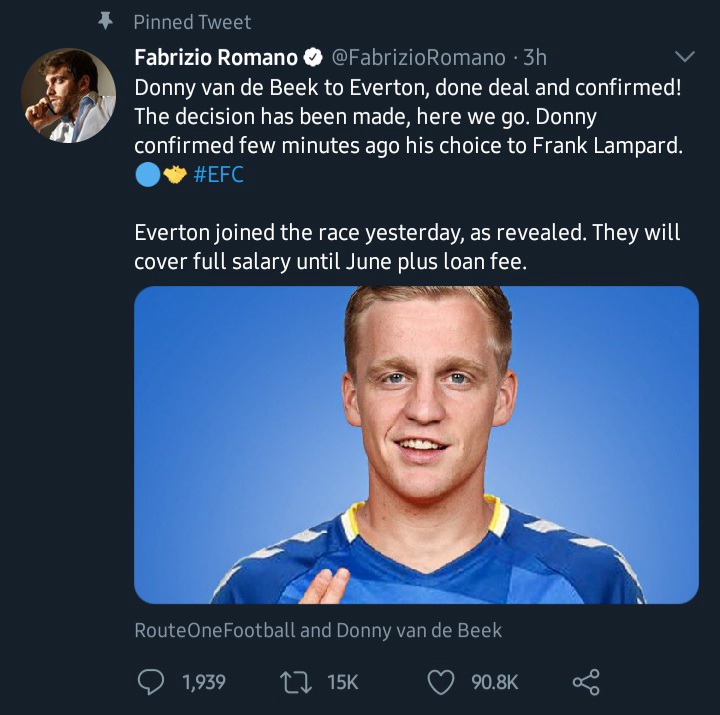