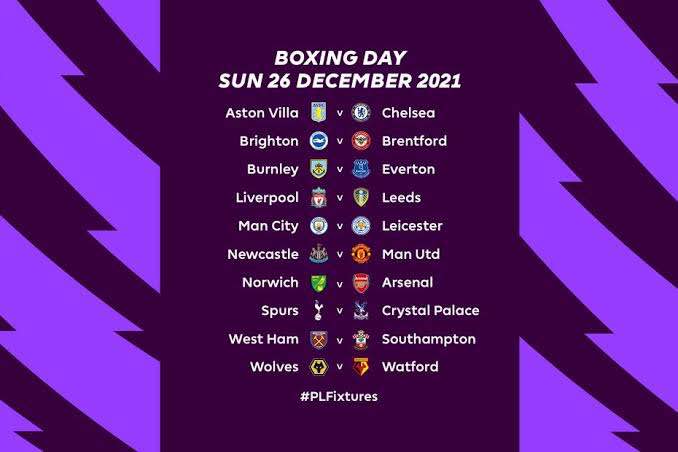 The Premier League is in the midst of another hectic festive schedule, with Boxing Day matches traditionally a highlight for fans.

The only match that will not be played on the day after Christmas is Manchester United’s trip to Newcastle, which will take place on Monday, December 27.

For the first time since a 3-1 triumph over Hull City in 2009, the Red Devils will miss out on the footballing feast that is Boxing Day.

In the day’s early kick-off, Liverpool will host Leeds in the Premier League’s post-Christmas action.

Mohamed Salah scored a hat-trick in a 4-3 triumph over Liverpool at Anfield on the opening day of last season.

Pep Guardiola’s champions host Leicester in one of Boxing Day’s most anticipated fixtures.

Chelsea will also go to Birmingham to play Aston Villa.
Here are the full fixtures, kickoff time and venues: 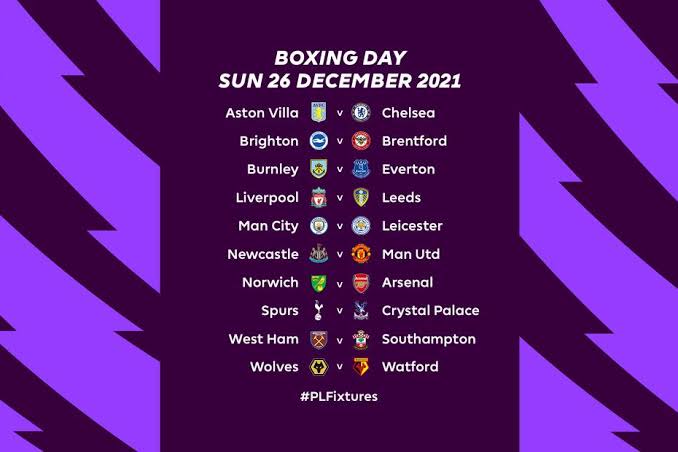 The EPL table on Christmas day: 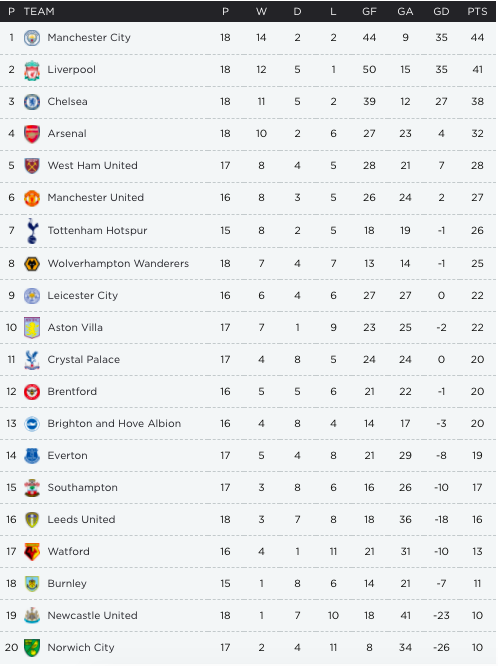