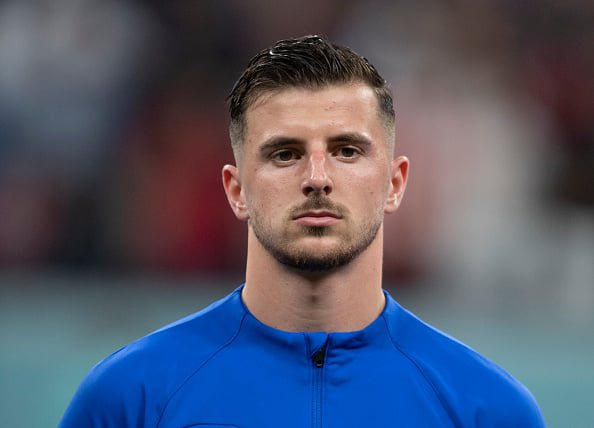 Leicester City manager Brendan Rodgers has claimed in the past to TalkSport that James Maddison is on par with Chelsea’s Mason Mount.

The Blues have today been linked with a £60m move for the playmaker.

Maddison is currently alongside the Chelsea man as part of the England squad competing in Qatar.

The Leicester City man is yet to feature for the Three Lions, while Mount has faced critics following the draw against USA on Friday.

The pair have often been compared against each other when pundits and supporters have been selecting their preferred England line-ups.

Rodgers has previously weighed in on the debate, saying his player is on par with Mount, as well as Phil Foden.

He said: “Yeah. I can only imagine how hard it is for Gareth with so many good players.

“James has shown and proven he is up there with the best talents. To have someone like that, even if he doesn’t play, on the bench who can come and bring that personality.

“If he was playing in front of 150,000 people he’d be exactly the same. If you were ever stuck in the game, he can come on and be a game changer.

“It’s tough because there are so many good players. I have big respect for young guys like Mason Mount, who is a top player, and Phil Foden is amazing. He’s at that level, there’s absolutely no doubt about that.”

It does seem only a matter of time until Maddison moves to a club bigger than the Foxes, with Chelsea certainly being that.

However, it is hard to imagine a world where Maddison and Mount feature in the same team, given the play such a similar role and bring similar assets to a team.