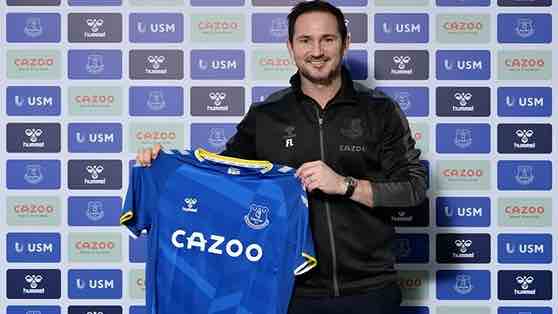 Ex Everton youngster Ross Barkley has been linked with a move back to Goodison Park this January transfer window. The midfielder joined Chelsea from Everton in January 2018 and has failed to nail down a spot in the blues starting lineup. When Frank Lampard was the head coach at Chelsea, Ross Barkley saw more minutes on the pitch than he did with any other manager Chelsea have had for the past 4 years. Under Thomas Tuchel right now, Barkley is out of the first-team picture and only makes the matchday squad if a player is injured.

With expectations high that Barkley might leave, Everton is seen as his next destination. Frank Lampard knows him well from his time at Stamford Bridge so that would be a perfect acquisition for the Toffees. Since he came back from a long term injury and loan at Fulham last season, Ruben Loftus Cheek is yet to get his Chelsea career going. The Englishman has impressed for Chelsea this season but minor injuries here and there have prevented him from nailing down a regular, starting spot in Thomas Tuchel’s team. With Chelsea reportedly targeting the likes of Tchouameni and Declan Rice for next summer, Ruben Loftus Cheek could be on the move before the end of his transfer window or the next. Of course, Tuchel still likes the tall midfielder but his injury record could force the blues boss to let him go. The main reason Hakim Ziyech agreed to join Chelsea last season according to reports was to play under Frank Lampard. He made the move to Stamford Bridge but under a few months after his arrival, Frank Lampard was sacked as Chelsea boss. Now Frank Lampard is back to management at Everton and I guess that a few Chelsea players could interest him. At the moment, one of the players who are struggling under Thomas Tuchel at Chelsea is Hakim Ziyech. He’s no regular starter even though he’s made more appearances this last two months than he’d done the two before that. Lampard could see the Moroccan as someone who can be creative to his Everton side and convince him to join him at Everton.

Ziyech is not suited to Thomas Tuchel’s playing style so a movie like this is possible.

Like Loading...
Related Topics:3 Chelsea Players Frank Lampard Could Convince To Join Him At Everton In The Next 1 Year.