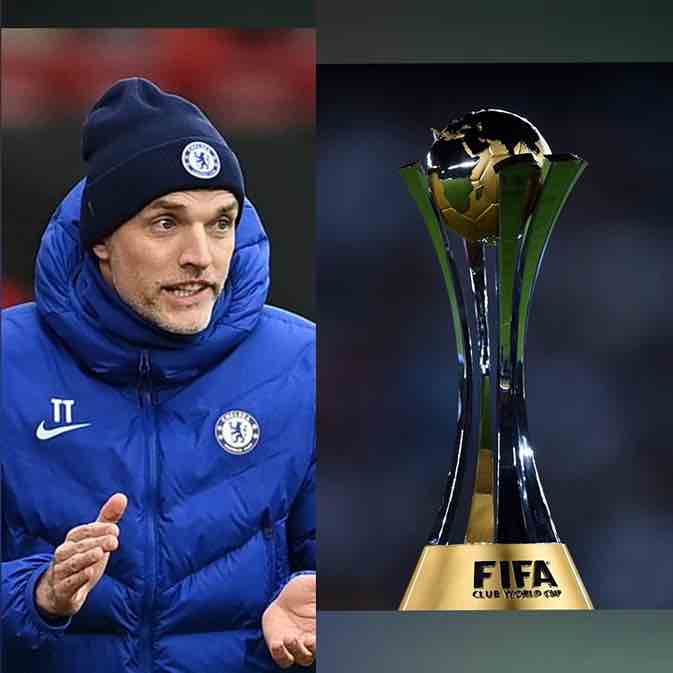 This February Thomas Tuchel’s Chelsea will be in contention to lift two major trophies, the Carabao Cupagainst Liverpool and the FIFA club world cup trophy.

The German gaffer who joined the north London club, Chelsea last season has been able to win two major European titles, UEFA Champions League and Super Cup in one season. The German tactician would be glad to take this Chelsea’s current squad to their first-ever FIFA club world cup glory. Other managers like Jose Mourinho, Carlos Ancelotti, and Roberto Di Matteo failed to achieve this feat of winning the FIFA club world cup trophy with Chelsea.

Roberto Di Matteo was the closest manager to do so but he failed after winning Chelsea’s first-ever UEFA Champions League back in the 2011/2012 season. If the former Paris Saint-Germain gaffer succeeds in winning the FIFA club world cup trophy with Chelsea this season, he would become the first manager to do so at the North London club.

2. If the German Gaffer wins the FIFA club world cup trophy with Chelsea this season, he would become the only first EPL manager to win three different European titles within a space of one year.

No other manager in the English Premier League has been able to achieve the above feat. If Thomas Tuchel does so, he will be the first manager to set the above record.

Like Loading...
Related Topics:2 Records Thomas Tuchel's Chelsea will set if he wins the FIFA club world cup with the London club